The war in Ukraine is omnipresent and unfortunately it looks like nothing will change anytime soon. Nevertheless, we all agree that things have to continue somehow. But when it comes to the "how," many are still looking for a good way. Companies quite rightly deal with questions such as "Is it right to simply continue advertising as if everything were "fine"? Can I perhaps even use the circumstances positively for myself?

COCO says: Yes to marketing, but with caution and sensitivity. Keyword "nuclear messaging". This expression describes a special form of human communication. This code has been around since the Cold War and can only be fully understood by insiders. It is a language of words and gestures that addresses the adversary directly.

The initiated experts literally search for the needle in the haystack in speeches and messages. Attention to detail is required here. These micro-messages are searched for aggression, signs of weakness or even signs of a nuclear strike. So which words are escalating or de-escalating?

Unfortunately, there is no clear answer to this question. In the following study, COCO shows you what you need to keep in mind when it comes to marketing during this delicate time.

Our expertise: COCO new media is a Content marketing agency with over 25 years of experience around Search Engine Optimization and content marketing. We know that in marketing you have to be sensitive to current circumstances and the Russian war in Ukraine is a particularly delicate situation for corporate communications.

Edeka showed right away how it is not done. "Freedom is food" is the slogan on the blue and yellow flag. With this slogan, Edeka wanted to show solidarity for Ukraine, but that backfired badly. Especially on Facebook, many complained loudly about this advertisement. The post is now seen by critics as a failed attempt to polish up its own image. So let's remember: You'd better do without image cultivation in connection with the Ukraine war!

Show your colors: Unfortunately, it's not that simple

Coloring your own logo in blue and yellow is done quickly. Then just a text about how important freedom is and the new advertising campaign is ready. Or is it? If only it were that simple. As a manager, it is important to question the reason for which you want to launch this campaign. The positioning for such specific occasions is only successful if it is communicated in a credible way and, for example, fits in with the brand history. Donations of money and goods are always well received and really help. A statement like the following sounds more like authentic involvement in current events: "For over 10 years, we have been helping people in war zones with monetary donations and now, of course, we would like to support Ukraine as well."

If your campaign is packaged credibly and based on a comprehensible foundation, it can be successful and also make a supporting contribution. In short, in times of war, actions are worth more than words. Constant promises that turn into nothing help neither the people in Ukraine nor your company. If you have been involved in aid organizations for some time, by all means bring them in.

How do I express myself to my customers?

Consumers in particular want the company they trust to take a stand on certain political issues. For you as an entrepreneur, however, this does not mean: We publish a three-page statement with all opinions and views from our company. Less is more and more authentic. It is about continuing to give your customers the feeling that your company matches the values of the consumers. It's not about earning a statement crown on social media or suddenly positioning yourself as a world-saving company, especially if it doesn't fit with your existing corporate communications.

COCO Says: An official company statement is only appropriate at such times if you are careful about what you say. Therefore, think carefully about whether you have something to say on the subject. And if not, it's also okay to keep it short. However, saying nothing at all about a hot topic is not the best approach either. As long as you speak roughly without going into too much detail, you're on the safe and credible side, because: Every detail also brings more surface for attack.

Anyone who recorded or published a feel-good podcast in the period immediately after the Russian attack quickly realized, "This doesn't feel right now somehow." The easiest thing to do is to pause newsletters or podcasts indefinitely until the shock slowly wears off. And that's what some did during the first weeks of the war. But there's another way to pick people up during special times. Our approach: Thematize real Emotions. Deal with your emotions and be honest about them. People don't need hollow, uplifting phrases right now. Go for authenticity. Show what moves you.

However, this does not mean that every company must now re-plan its marketing strategy. Psychological studies show that people get used to a crisis after about 6 months and fall back into familiar behavior patterns. However, during a crisis, especially at the beginning and in special escalation phases, it should be checked which messages should be communicated and how. To deal sensitively with statements and messages. To help you do this better, it helps to see things through the customer's glasses.

For example, ask yourself, "How does this post affect someone who doesn't know my company?", "How does this affect someone who doesn't know my story?", "What words come across as provocative or tactless?", "Could my words be misunderstood in a different context?". Here's a concrete example: Calling your offering a "bombastic product" is not a good idea in wartime.

The same applies to social media ads. If this advertises an all-inclusive luxury vacation on Crete between war news, it has a macabre aftertaste. It is advisable to pause social ads first, as the placement of the ads cannot be managed by the advertiser, but the post simply appears in the feed and thus in an arbitrary context.

However, we recommend stepping on the gas with pull marketing right then. Especially in the Search Engine Optimization. Take a current problem that potential customers are concerned about and offer a solution for it. Sell what people need right now or will need soon. need.

Ask yourself what negative consequences the crisis will have. Sanctions, for example, also have an impact on consumers. Think about how your offer can help with these problems and draw attention to the fact that you have something that the customer needs. But be careful: If you only want to make a quick profit out of the circumstances, consumers are sure to notice.

From zero-eight-fifteen to bombastic – Expressions that pretty much backfire in wartime:

Why can't I say zero-eight-fifteen anymore?

08/15 means in our linguistic usage a thing that is "normal", "everyday", or simply nothing special. But do you know the origin of this expression? No? Most people do, and that's why COCO has done some research. The term Nullachtfünfzehn or 08/15 comes from the First World War. The 08/15 or MG 08/15 was the standard rifle of the German Army. It is considered the successor to the MG 08, which was developed in 1908 and improved in 1915. The name 08/15 therefore stands for the year of invention 1908 and the further development in 1915. Because it is assumed that the soldiers had to complete monotonous training units with this standard rifle, the statement "Today is 08/15 again" became established.

How do I communicate empathy and compassion?

We all know how to show empathy, don't we? Yeah, sure, you just have to put yourself in the other person's shoes.

Beware, because this phrase is often misinterpreted in our society. Putting yourself in someone else's shoes is usually equated with thinking "What would I feel if I were in their shoes?" But this question doesn't get you anywhere, because you have your own worldview and are bound to a very specific world of life. And there is nothing wrong with that.

Suppose someone else has a fear of flying. You, on the other hand, travel a lot by plane on business. In this case, the thought of what you would feel in his place on a flight doesn't do you any good. "It's not so bad" or "Nothing will happen, driving a car is much more dangerous" won't get through to the person with a fear of flying. You should view the other person's emotional world as something unique, because fears cannot be clearly defined and certainly cannot be empathized with. It is therefore important to view the person as an individual. As a rule, no genuine compassion can arise from one's own perspective.

How do the others do it?

When reading this text, it is noticeable that the Ukraine war is only mentioned as a minor matter and in connection with the business figures. There is no mention of the suffering of the people in the war zone. There is also no trace of sympathy here. The war is only used as a reason for the non-availability of parts. BMW seems rather indifferent here and does not make a statement showing solidarity with Ukraine.

In contrast to BMW, VW shows more compassion already in the first sentence than BMW in its entire statement. The Volkswagen Group speaks about the war in Ukraine with great consternation. In doing so, they take a position that fundamentally speaks against this war without going too deeply into political issues. Because that is not your job. The sole purpose of this statement is to show customers, "We're on the same side as you." The consequences experienced by customers or the company itself are then discussed.

The Stadtwerke München (Munich public utility company) deals with the war and those affected in 2 paragraphs. Care was taken to use very selective and sensitive language. Circumstances or restrictions that affect the company are not discussed at all. Instead, SWM reports on newly developed aid offers for refugees from Ukraine and Munich residents learn about the possible consequences they could face. It is noticeable that customers are reassured right at the beginning and informed in detail in the following paragraphs that private households have nothing to fear for the time being. On the whole, SWM has done everything right with its statement. The content and also the choice of words are sensitive to the situation. At this point, however, it should be mentioned that of the three companies mentioned, Stadtwerke is probably the example with the most concerned customers. That is why it was so important for SWM to dispel concerns.

Important for your communication

War is rarely a good time to polish up one's image. You need to be extremely careful and sensitive in the way you say things and the words you use. In the worst case, your customers could believe that you want to profit from the war. Donations and aid campaigns should therefore be completely detached from your own advertising. This also includes statements about the war.

Basically, COCO recommends: In any case, show that the topic concerns you and is close to your heart - with enough distance and in a natural and authentic way. Never give customers the feeling that you are exploiting the situation to your advantage. It is usually enough for consumers to know that the company they trust shares the same values. Anything else can literally be too much of a good thing. 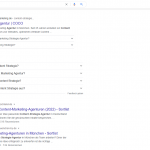 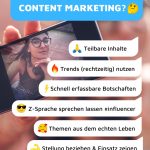 Flexing with good content marketing - how to reach Generation Z