Online study: How the situation of Armin Laschet, Olaf Scholz and Annalena Baerbock could and can be predicted (rating scale 0-100 confidence points)

As a reminder: At the end of April, first Annalena Baerbock and shortly afterwards Armin Laschet were nominated as their parties' candidates for chancellor. In mid-May, the CDU/CSU and the Greens were roughly tied in the polls at 25%, while the SPD was far behind at 15%, with no hope that this situation would change much. At this point, I checked the websites of the three candidates Armin Laschet, Olaf Scholz and Annalena Baerbock with my method of political confidence building kit investigated. It is well known that the situation of the three candidates has changed completely in the weeks that followed. Time to see whether anything has changed on the websites and what conclusions their online activities allow from today's perspective.

What were the results of the analysis of the trustworthiness assessment websites?

Who scores where and where not?

I think it's important to emphasize again that I'm judging the websites here exclusively. Since I assume that they were created professionally and thoughtfully, conclusions can be drawn about the people and the election campaigns of the three candidates for chancellor. I am deliberately completely ignoring impressions from other media (newspapers, television, etc.).

There is little difference in the assessment of integrity. All three scored very well here. The differences are also not very great when it comes to aura, with the subcategories clarity, brand, decisiveness, innovative strength and consistency. However, Olaf Scholz is already clearly ahead here. This is one of the areas where the impact of the website clearly differs from the impact of the other media. Or would anyone otherwise give Armin Laschet full marks for decisiveness? This is perhaps also an indication that he is somewhat undervalued overall. One or the other should perhaps take another look at his website before forming a final judgment about him.

The SPD candidate for chancellor has the biggest leads in the areas of competence, results and personality. In terms of results, Annalena Baerbock comes out with zero points. She simply has nothing to show for it. The only area in which Armin Laschet is clearly ahead is voter orientation. He covers the widest range of topics on his website and addresses all the most important issues that are relevant to the population. Quite the opposite of Annalena Baerbock, who comes across as very narrow thematically with the main points of climate and family. That's not enough for a possible chancellor.

What has changed about the websites?

Olaf Scholz: With the best rating by far, the least change would be expected here. But there is one significant one. Directly on the start page, a large new video is integrated that builds a bridge from Helmut Schmidt to Olaf Scholz. That's really well done. In the Aura, he was already on maximum points anyway. Therefore, nothing changes here in the rating. It remains at 90 points.

Speaking of nothing changing here, nothing has changed on Armin Laschet's website. Only the Instagram stream is updated. But the social media content could also be upgraded. The news there makes a thoroughly likeable impression. So the 66 trust points remain.

And now for Annalena Baerbock's website. It was quite lukewarm and, with the entries on her curriculum vitae, also the subject of political discussion. Something has certainly changed here. Of course, the CV entries have been updated. So there was a PR Agency at the start. And what else? Pure boredom. Almost no new photos. Not a word about Corona. Not a word about foreigners and migration. Almost nothing about education. A speech printed verbatim on the Bundeswehr mission in Afghanistan. Who is supposed to read that? All in all, I would rate the fact that so little has changed as a point deduction. However, it remains at the lousy rating of a maximum of 45 points.

Since we are Online marketing agency in Munich a lot with SEO I'm curious to see what happens when I enter the names of the three candidates for chancellor in the Google search. Google makes every effort to show what interests users. Therefore, the content displayed on the hit page also allows conclusions to be drawn about what is relevant to voters.

The first finding is: for all three of them, the personal website I examined comes right at the top of the hit list. So these pages are very relevant and important.

In the right column is the Wikipedia entry with the most important main points. Olaf Scholz is only 1.70 tall. Armin Laschet is not much taller at 1.72. And with Annalena Baerbock it does not stand unfortunately thereby. Well, will probably become a rather smaller chancellor or chancelloress. But that's just a side note.

The current headlines appear first for all three. In the case of Annalena Baerbock and Armin Laschet, this is followed by questions that are apparently important to users. With the questions "How does Annalena Baerbock live?" and "Where does Armin Laschet live?" it becomes clear that a potential chancellor obviously cannot exclude his private life. Personal background seems to be an important criterion. A look at the personal websites shows that all three do not omit this. In the case of Annalena Baerbock, there is even a main navigation point "At home in Potsdam." Completely understandably, of course, none of the three shows the building in which they live.

The still displayed pictures and videos are also similar. Summa summarum, therefore, no significant difference comes out for the three.

And what can be concluded from this now?

I expect Olaf Scholz to continue his run in the remaining weeks until the election. The entire campaign is all of a piece. There is absolutely no reason to believe that anything will change.

Unfortunately, the same also applies to Annalena Baerbock. I would have liked to see at least some improvement in the content of the website since May. I don't think she will make another big splash.

I actually consider Armin Laschet to be currently undervalued in view of his overall not so bad content. Online, too, his biggest shortcoming is his personality. He is far from the ideal of a good mix of authority and innovative strength. It's hard to predict how much of an impact that will continue to have. The more difficult the thematic environment remains (keywords: Afghanistan & Corona), the harder he will continue to have it. However, since not everything is wrong, I suspect that he and the CDU will not go down any further.

21.06.2022
PoliticsWebsite content
SHARE
What is the optimal content strategy for your website, social media and SEO?
Let's talk about it!
For more new customers. For better rankings in Google. For more radiance and trust in your brand. 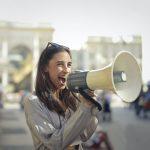 What is the difference between an SEO agency and a content marketing agency?